USE CODE PKHOLIDAY20 FOR 20% OFF ALL GRILLS!

Reprinted with permission from the Locale Palate / 7.17.17 / by Paula Disbrowe 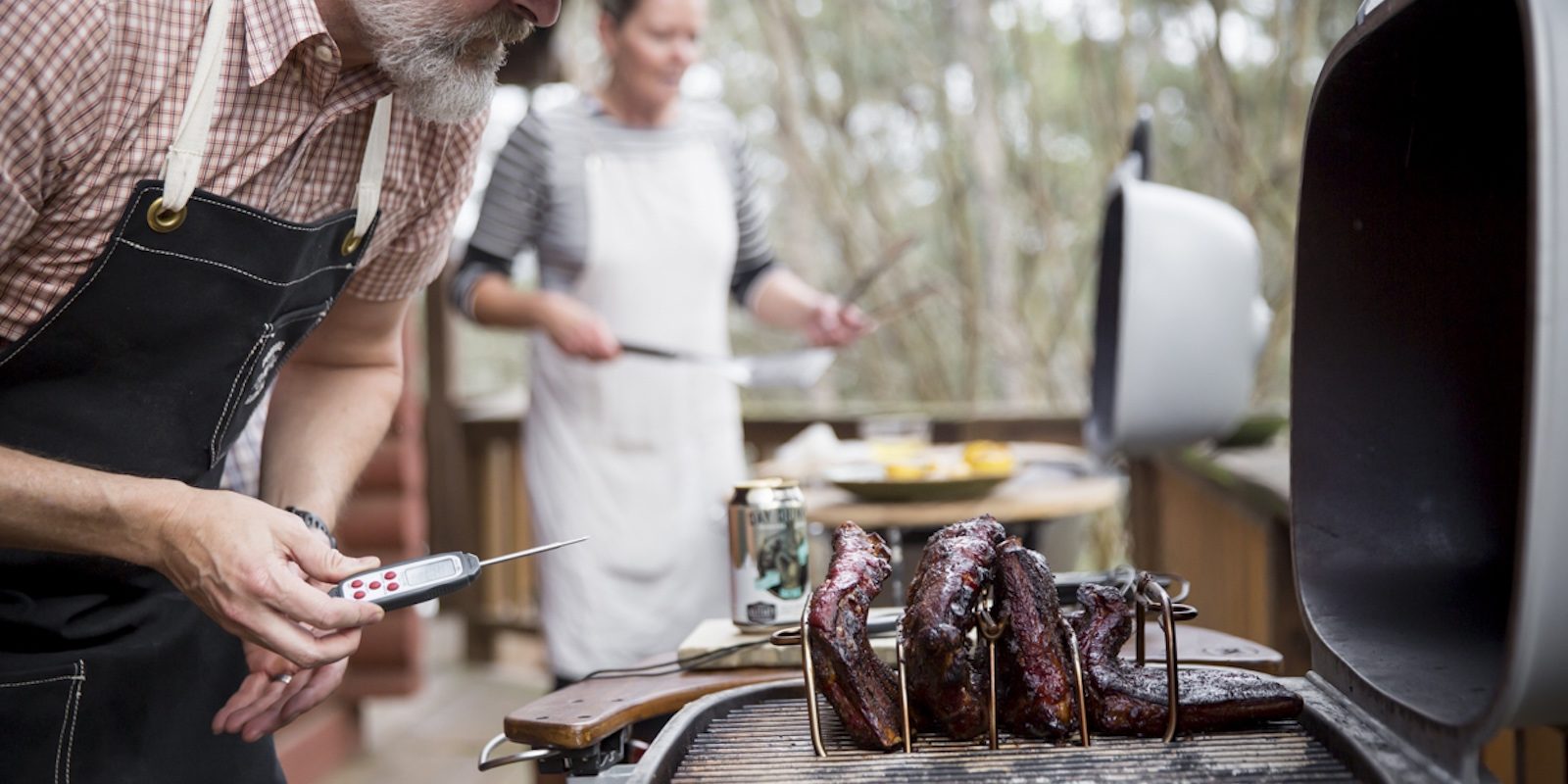 A Group Of Grilling Enthusiasts Rescue A Cult Favorite From Obscurity

Like many good stories, this one unfolds over a bed of glowing embers, with a cold beer in hand. That was the setting in which my friend Aaron Franklin, the acclaimed brisket whisperer at Austin’s Franklin Barbecue, first told me about the grill from PK (Portable Kitchen), an Arkansas-based manufacturer with a cult following among the competitive barbecue circuit and backyard pitmasters. Perhaps more important, Aaron loved his, and he’s my mentor for all things cooked over fire. I’d just begun work on my latest cookbook, Any Night Grilling (Ten Speed Press, 2018), due out in March, and needed to upgrade my backyard set-up. 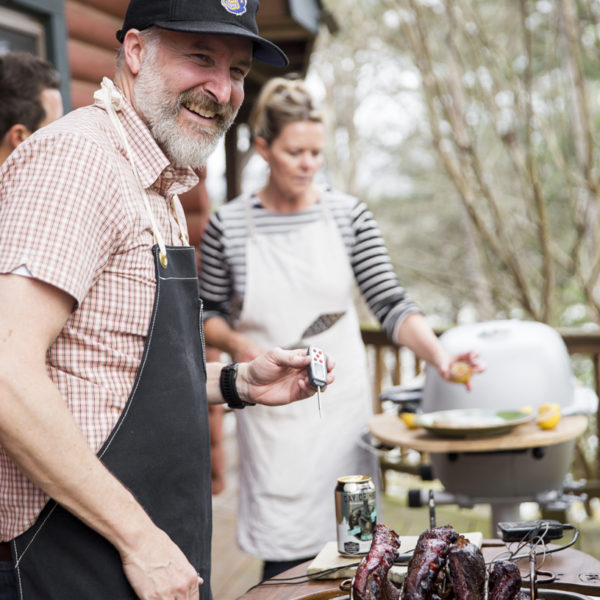 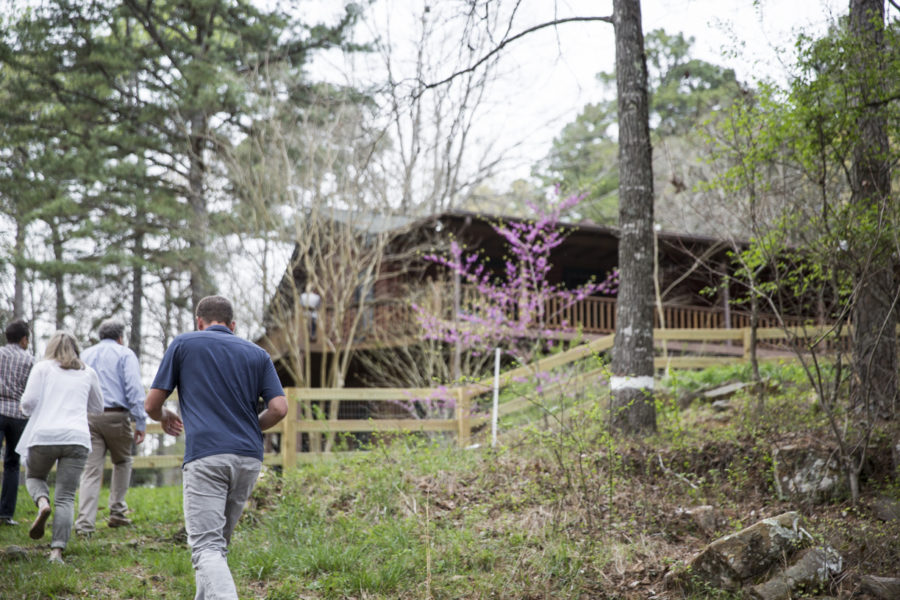 For Paul James, an attorney from Little Rock, the wafting smoke of a charcoal fire is steeped in memories that stretch way back. For instance, he recalls his Uncle Tag in Memphis, "a colorful guy who would cook a pork shoulder for about fourteen hours, and then have all the cousins over for barbecue." Years later, when he was just out of law school, James worked for Sonny Dillahunty, a US Attorney who loved nothing more than flipping steaks while pontificating around the grill. "I was young and single, so I’d eat there several nights a week," he says.

The tie that binds these recollections is the grill itself, a "portable cooker." The first Portable Kitchen was created in Tyler, Texas, in 1952 by Hilton Meigs, an inventor and local businessman. Meigs’ unique capsule shape, constructed of thick cast aluminum (which reflects heat and doesn’t corrode), and simple but effective venting system produced a grill that worked well for both hot and fast grilling and low and slow barbecue. Peddling from the back of his station wagon, Meigs sold his creation across the mid-South (at one point selling 30,000 at a national hardware show and 20,000 to the US Army). In 1958, he sold the business to Lewis W. Hamlin, who moved operations to Little Rock.

Moving Portable Kitchens Inc. to Arkansas brought more than the promise of smoked pork shoulder. When the Hamlin Company hired seventy people and opened operations in an old barn formerly used to shelter street trolleys, it was credited with breaking the city’s industrial drought. 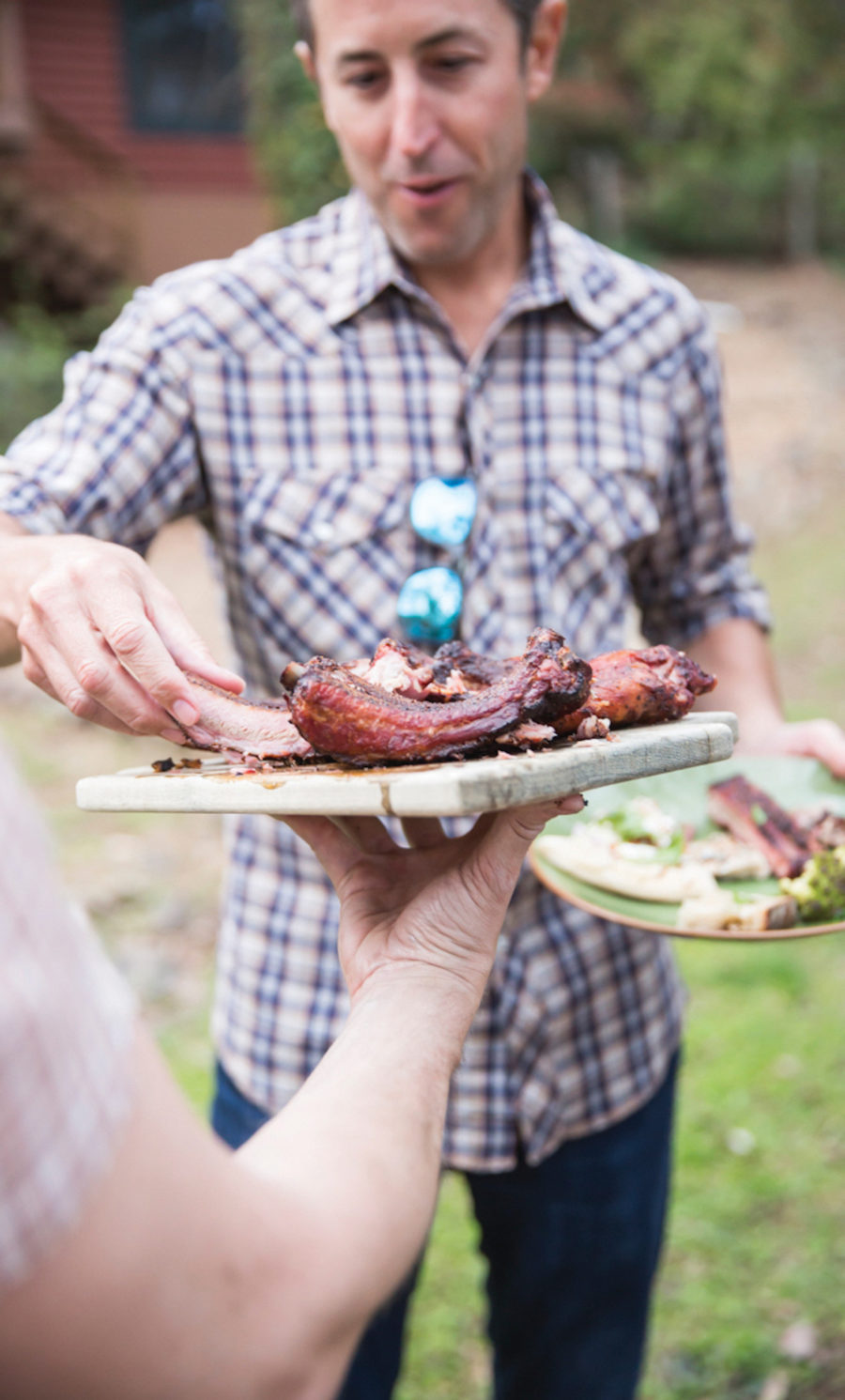 The strategic move made the most of another Arkansas resource: aluminum. The year the facility opened, an article from the Arkansas Democrat read, "Of significance to Arkansas is the fact that the major product used in the Portable Kitchen is bauxite (the primary ore of aluminum) produced by the Reynolds Metal Co. plant in Saline County. The Hamlin Co. used some 1,250 million pounds of aluminum last year." Inside the plant, machinery loaded with soapstone from Hot Springs vibrated rough edges off the cookers and the other aluminum utensils, including pans that made cornbread into sticks or wedges and deep-fat fish fryers

After displaying Portable Kitchens at the International and Brussels World Fairs the previous year, Hamlin had orders from customers in Australia, Venezuela, and Japan. From the beginning, the grill amassed a devoted fan base. In 1970, the Arkansas Democrat reported that "Hamlin shipped 8,800 cookers to Vietnam, where purchasers ranged from top brass to GIs." The company also manufactured hickory chips made from scrap lumber from nearby mills (dehydrated with furnace air to prevent molding and concentrate the smoke’s flavor). "Between the aluminum and hickory, these cookers are practically an all-Arkansas product," Hamlin said. 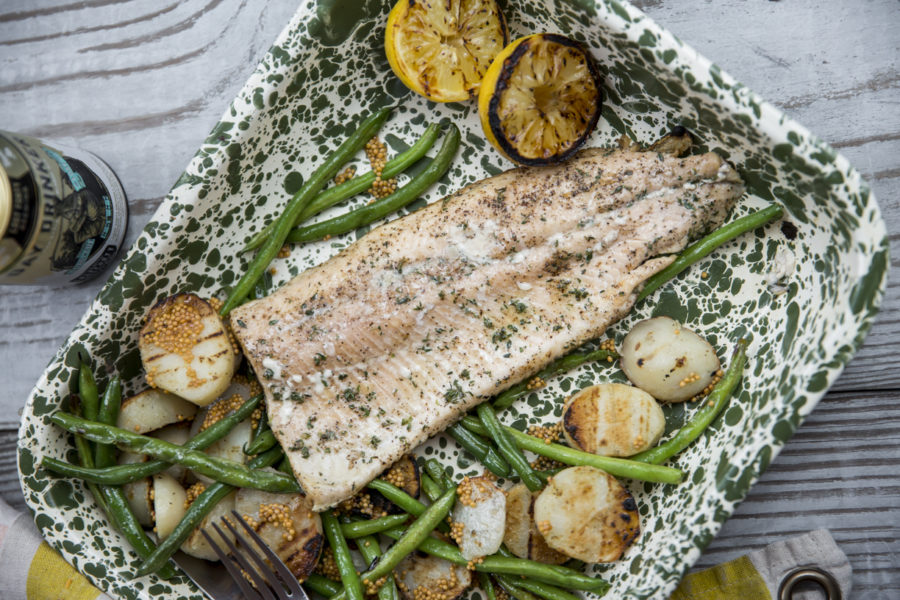 A Hiatus and a Comeback

My neighbor Greg Lane, a Little Rock native and charred chicken thigh enthusiast, cooks on his late father’s PK. "My wonderful parents gifted me their PK in 2008," he says. "It reminds me of simpler times, smarter times, and the deep satisfaction found in the basics of charcoal grilling." But industries chase higher profit margins, and cooking proclivities evolve. In the 1970s, gas grills penetrated much of the former "charcoal only" grill market, and cheaper products made from stamped steel prevailed over the more expensive-to-make cast aluminum (in the same way that linoleum, carpet, and polyester overcame ceramic tile, hardwood floors, and cotton). Regal Ware purchased the brand in 1984 and eventually stopped production to fill more profitable demands for another Arkansas company, Walmart. Production of Portable Kitchens halted for nearly three decades. 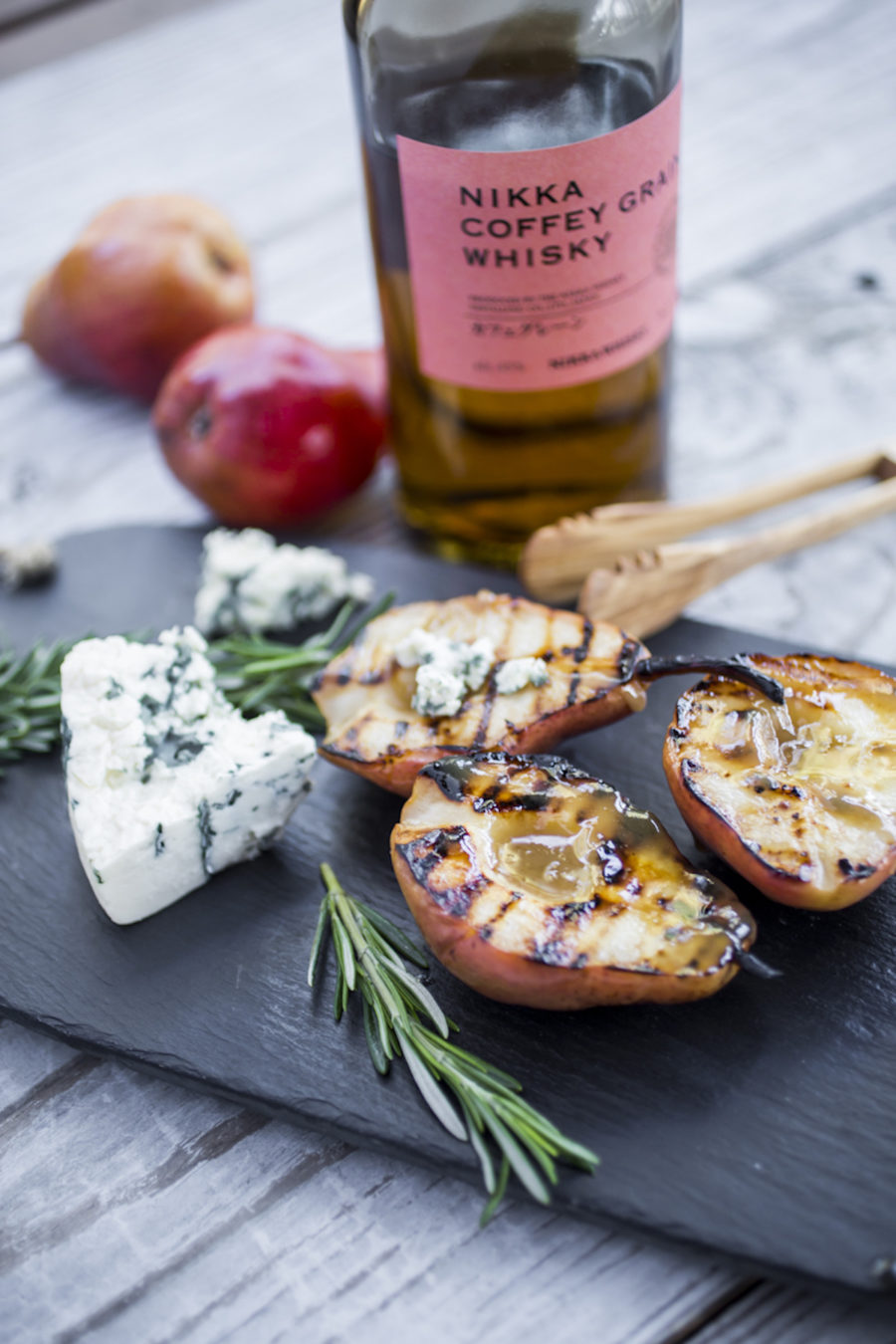 About that same time, James, now a partner in his own firm, spotted a dusty PK Grill at a garage sale. He’d been keeping an eye out for one ever since he’d started dabbling in smoked meat himself. The first time he fired up the grill to cook a pork shoulder, he found the vintage model fully functioning. As family and curious neighbors gravitated around the popping fire, time and again he heard, "Where did you score that?" and "That’s the best grill that was ever made." Sitting on his patio with a cold beer in hand, admiring the capsule’s perfectly simple design, an intriguing proposition emerged—could he bring it back?

After a bit of research, James bought the intellectual property and made connections at Regal Ware, the same tool and die caster that poured the original portable cookers.

From there, he commissioned a mold and began producing the PK Grill & Smoker once again. From the get-go, he found an eager audience. "The day I plugged our office phone in, it rang," he says. "I assumed it was a wrong number, but when I answered ‘Portable Kitchens,’ a voice on the other line said, ‘I’m so glad to find you.’"

For a while James ran the business with his sister Martha. "She was selling, doing the website, trade shows, everything," he says. But demand was increasing, and he knew they needed a management team who could expand the product line and step up their sales and marketing efforts. So, in 2014, he and Martha joined forces with a trio of outdoor cooking enthusiasts who’d left successful careers in technology and were looking for a new adventure.

The first order of business was a new, refreshed brand identity and e-commerce ready website. After a few years of research and product development ensued, in late 2016, the new team launched the award-winning PK 360 Grill & Smoker, their first new model in forty years. The grill’s updated features, including a four-way venting system that makes it easier to regulate heat, expanded cooking area, higher pedestal stand, and heat resistant shelves (handy holding areas for tools and mise en place), take the experience to the next level.

Put to the Test

It didn’t seem right to head home without firing up a PK, so on my last day in Arkansas we traveled to Scott Moody’s cabin in Greers Ferry for a cookout. On the drive up, he told me, "The PK has been an example of quality and durability in the industry since the first one was pried out of its mold in 1952." The company’s relaunched the brand with the intention of maintaining what is beloved about those early PK grills, and bringing the design forward in a way that would appeal to a higher-end grill buyer. "It’s an expensive grill for good reason—it will last for generations," he says.

Perched on a bluff overlooking a quiet oxbow on Greers Ferry Lake, the back deck of the cabin provided the perfect place to try out the PK in its natural habitat. Cans of local craft beer were cracked while I stretched pizza dough into rustic rounds and draped them over the red-hot grates to make pizzas with ricotta, pancetta, and arugula.

Scott had marinated spare ribs in his signature Shot Glass Rub (black pepper, brown sugar, paprika, and garam masala); after about three hours over indirect heat, they were tender and ready to be devoured. Grilled trout was essential; I seasoned it simply with salt, pepper, and fresh thyme and served it with a tumble of charred green beans, crispy potatoes, and pickled mustard seeds. Grilled cauliflower and broccoli, kicked up with a spicy green herb oil, rounded out the graze fest. 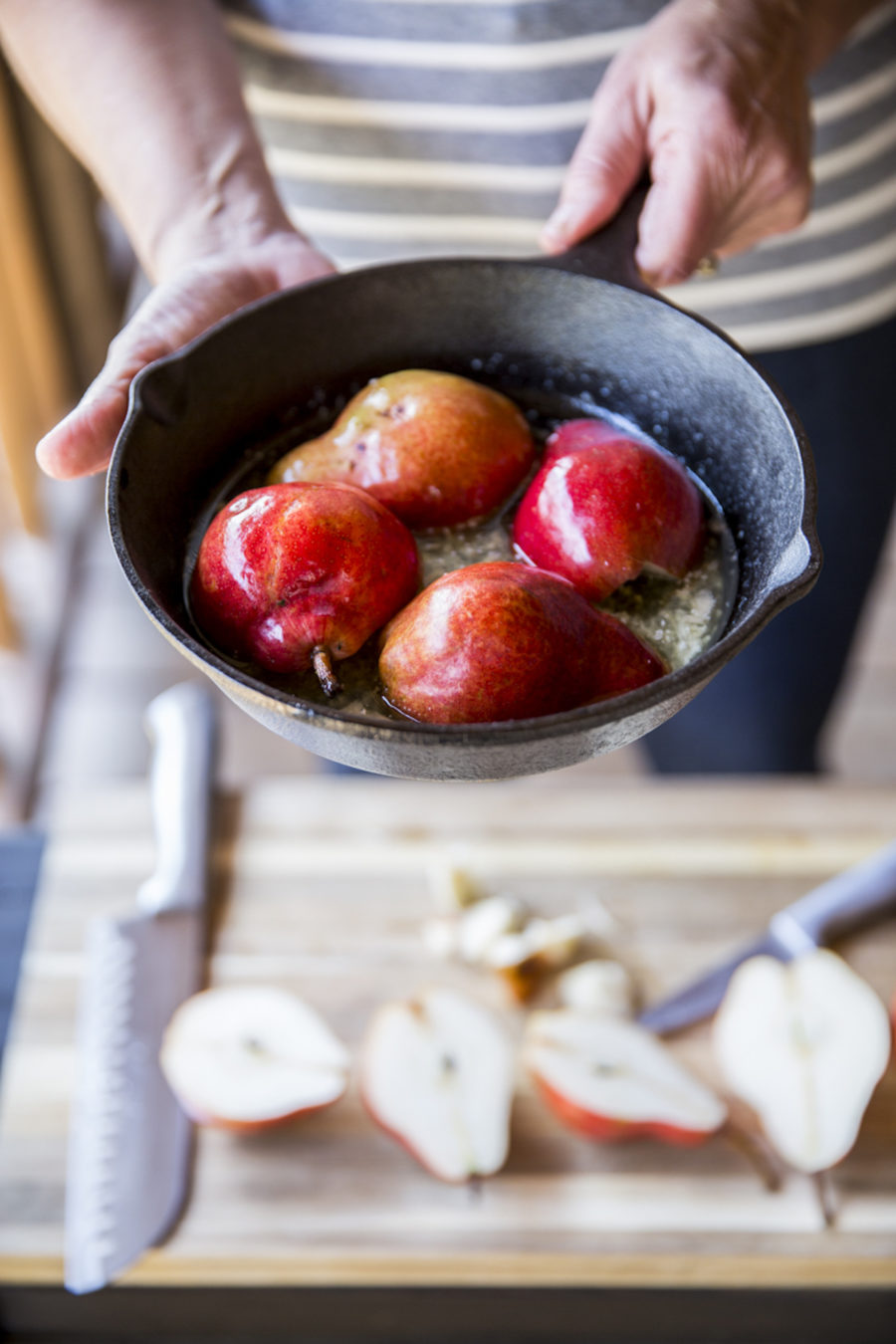 A bottle of Japanese whiskey was opened, and we ended the evening with blue cheese and pears (the heat of the grill caramelizes their natural sweetness) drizzled with a buttery bourbon glaze. The next day meant a long drive back to Austin, but warmed by the heat of a charcoal fire—that great unifier of outdoor cooking fans—I felt right at home.