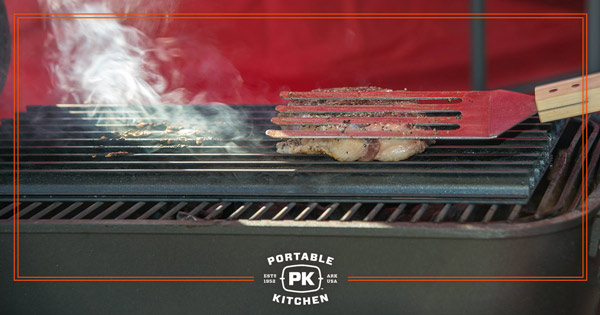 When you’re outside, using your grill and smoker, do you ever wonder what’s happening to the meat at various temperature stages? If you’re anything like us bbq geeks, just knowing what color and texture it is, isn’t enough. so if you’re interested in the denaturation process that happens when cooking meat on your PK Grill & Smoker, then get ready to geek out on some awesome barbecue science!

What every BBQer should know:

Bonus Tip:Internal temperature of the meat will rise during the rest. Removing meat from the heat when it’s a few degrees away from your ideal temperature will ensure that it’s perfect when it’s completed the rest.

View the complete list of tips on How It’s Cooked, published on GrillingwithRich.com.

Looking for more inspiration? Check out these articles: