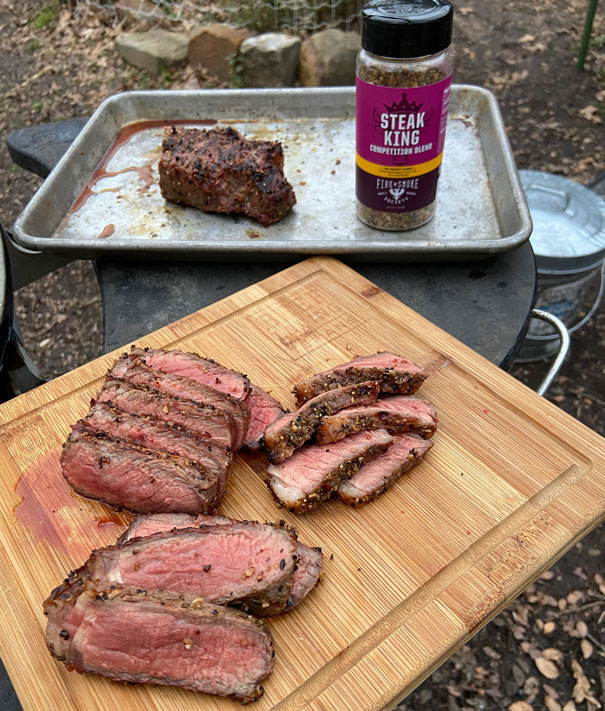 When you invest in primal cuts: thick, dry-aged, steaks that are well marbled and full of beefy flavor (e.g. Ribeye, Porterhouse, T-bone, or New York Strip), less is more. Meaning, you want to enhance the flavor of quality beef, not mask it with an overload of sauces or toppings. A generous coating of seasoning, and a two-zone fire set you up for stellar results. A few more things to keep in mind:

Season your steaks, generously, before you light the coals, and allow them to marinate at room temperature for an hour before they hit the cooking grates. Kosher salt and freshly ground pepper will do the trick, but we’re partial to Steak King.

Relying on a single flip allows the upward-facing side to lose too much heat. By contrast, frequent flipping (and rotating the meat around the heat to avoid flare-ups, as needed) maintains an even temperature and helps steaks cook more evenly.

We know, it’s hard to not knife into a sizzling ribeye the minute it’s pulled off the grill. However allowing the meat to rest 10 minutes will allow the juices to settle and result in a better tasting slice.

Consider, if you will

A final sprinkle of flaky salt (such as Maldon) over sliced steak just before serving, or serving the meat Italian-style, over pepper greens like arugula, with a squeeze of fresh lemon juice.

What follows is a slower cooking process that moves the thick steak between direct and indirect heat—this works particularly well when using spices that can burn over indirect heat, or cuts over 1 ½ inches. If you prefer to cook entirely over direct heat, the cooking process will require more attention (to avoid burning the exterior) and flipping to maintain an even temperature throughout the cut. If you’re cooking a bone-in steak, keep in mind that the meat along the bone will cook more slowly than the rest of the steak; allowing it to rest briefly before slicing helps even out doneness. 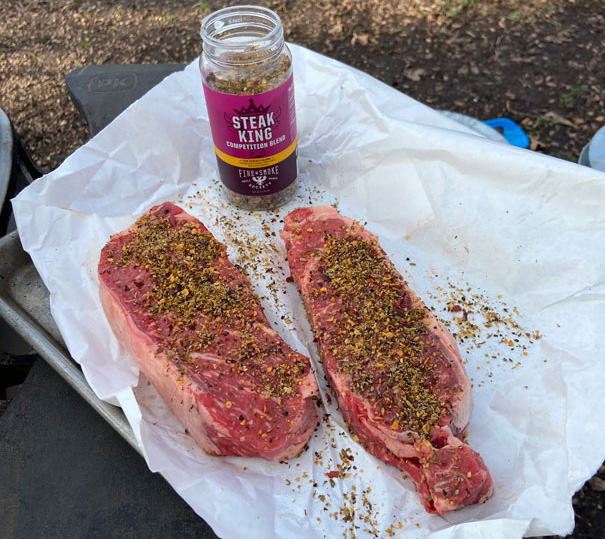 Cook over direct heat, covered, for 2-3 minutes. Flip the steak, placing meat on indirect heat, close the grill and cook for 4-5 minutes. When juices appear on top of meat, flip steak and repeat process, starting on direct heat for two and moving to indirect for 4-5 minutes until meat is nicely charred and glossy and an instant-read thermometer inserted into the thickest part of the steak reads 125°F, carryover heat will take it to 130°F for medium-rare as it rests. Allow the meat to rest 5 minutes before slicing against the grain.