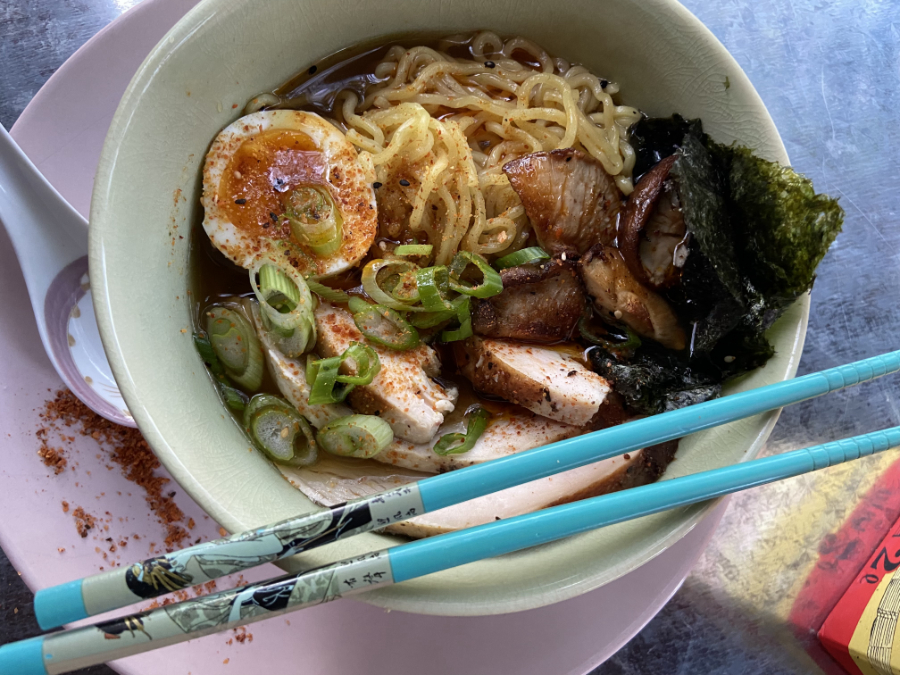 I thought savoring steaming bowls of ramen, made with deeply flavorful stock and fresh noodles, was a pleasure relegated to hipster hangouts--until I made this recipe. As it turns out, with homemade turkey stock on hand (and a quick trip to your favorite Asian market) making restaurant-worthy ramen at home is easy.

This following recipe for Turkey Ramen is all about the rich flavor of turkey stock. If you want a richer, porky version as your muse, check out this Momofuku recipe.

Note: Ramen broth can be made up to two days in advance. 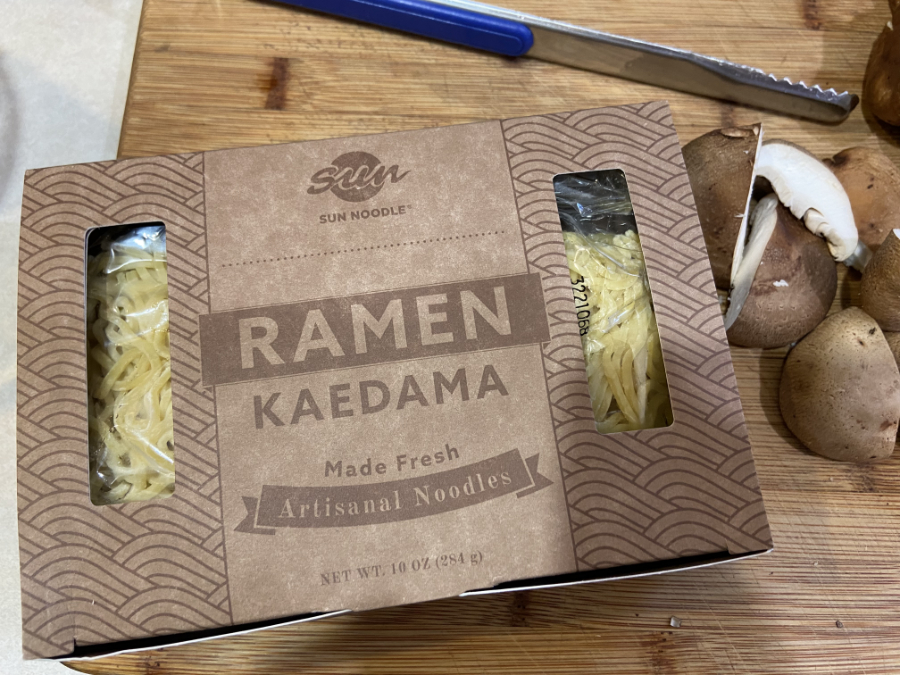 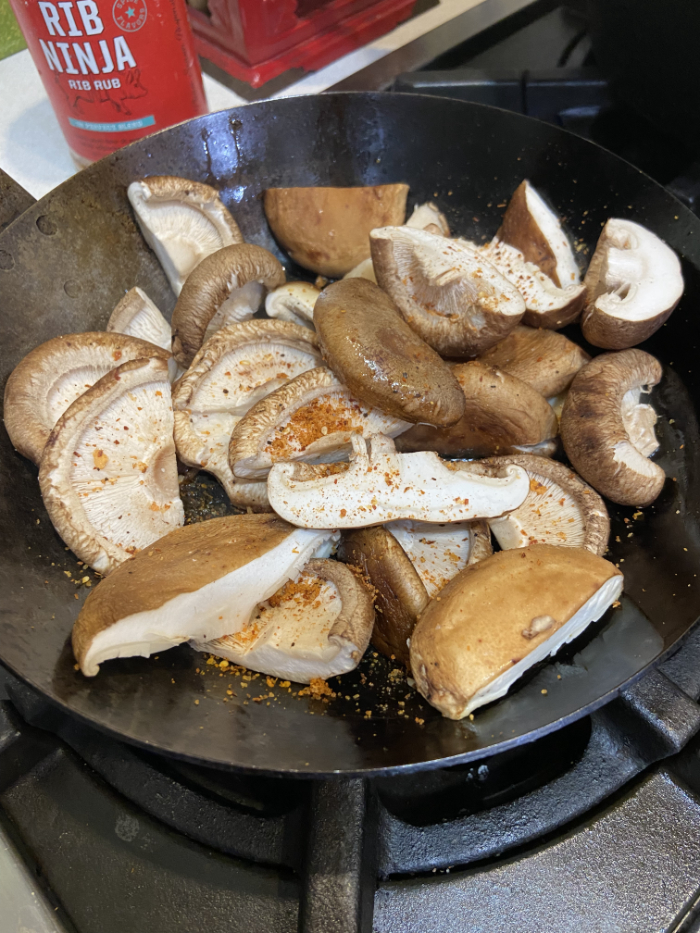 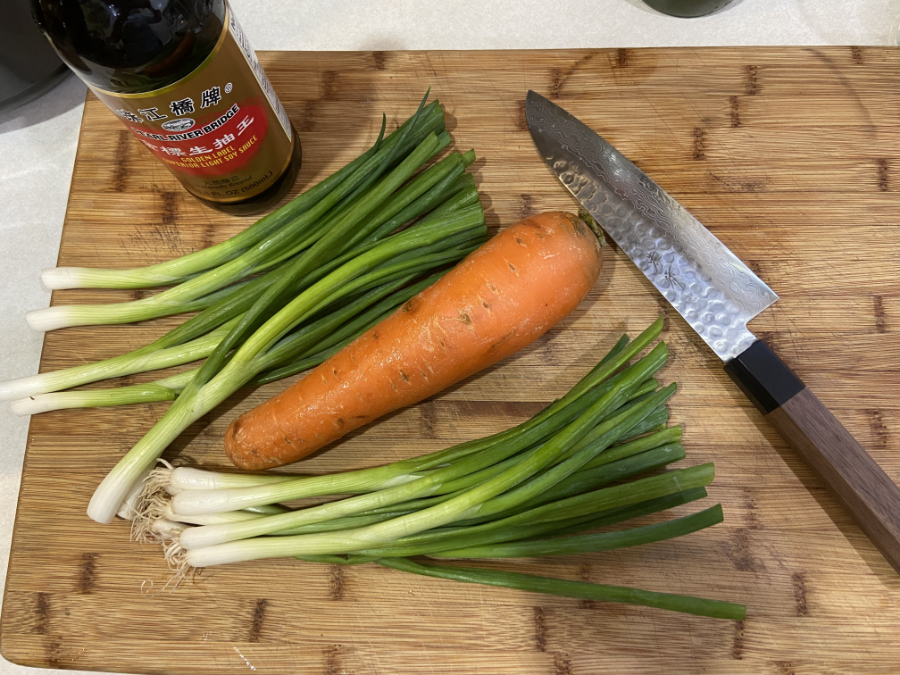 To make the broth, combine the scallions, carrots, garlic, ginger, kombu, turkey stock, and bonito flakes, sake, mirin, and soy sauce in a large heavy pot, and bring the mixture to a boil over high heat. Reduce the heat and simmer, skimming occasionally, until stock is reduced by one third (about an hour). (*Remove the kombu after it has simmered for 15 minutes, so it doesn’t become slimy.) Strain stock into a clean pot. Taste and add additional mirin, for sweetness, or soy sauce, for saltiness, as desired.
While the broth is simmering, bring a small pot of water to a boil, add the eggs and simmer for 7 minutes. Transfer eggs to a bowl of ice water; set aside.
Heat the sesame oil in a medium skillet over medium-high heat. When the oil is hot and shimmering, add the shiitake mushrooms, sprinkle with Rib Ninja seasoning, and cook, stirring and flipping, until crisp and deeply browned; set aside.
Return the ramen broth to a lively simmer. 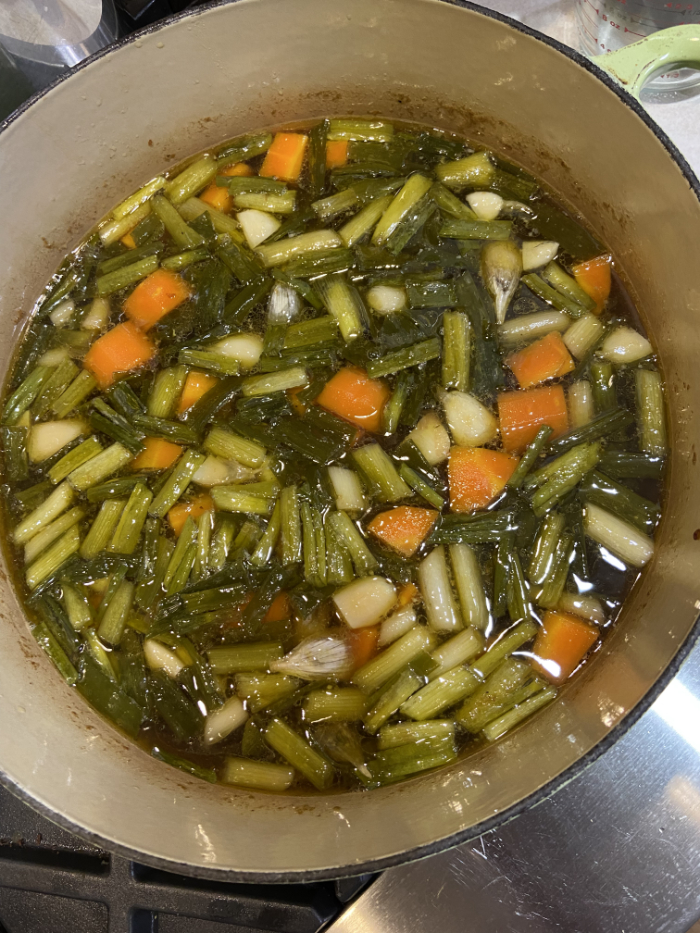 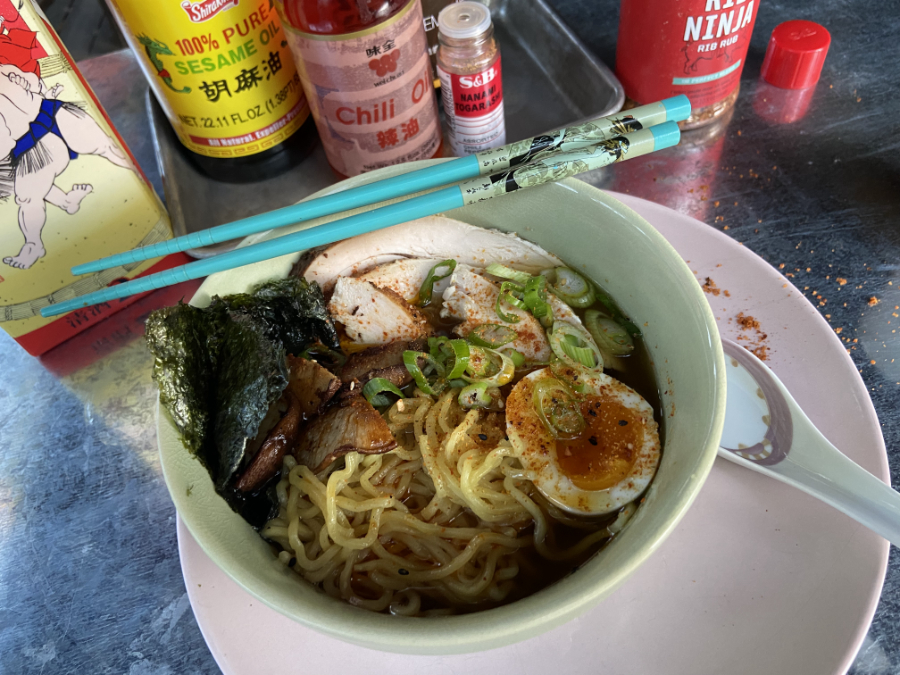 While the broth heats, cook the ramen noodles in a large pot of boiling water according to package directions until al dente and then drain.
To serve, divide the noodles among deep bowls. Top with a stack of sliced turkey, alongside a spoonful of the mushrooms. Ladle the hot broth over the noodles. Tuck half a sheet of nori into each bowl, and then top each bowl with a halved egg and some sliced scallions.
Serve the ramen topped with additional Rib Ninja seasoning, and a drizzle of chili oil and toasted sesame oil