Don't have the time or equipment for a full-size Lowcountry boil? Try these packets. And toss in some frog legs for good measure.

Call it Frogmore Stew, Lowcountry boil, or Beaufort Boil, everyone loves the spicy mixture of seafood, potatoes, corn, and sausage. During the summer, we like to toss frog legs into the mixture. But sometimes you don’t have time to cook an entire pot. Or maybe all you have is a campfire or grill, but you still crave those spicy flavors.

Open the packets, let out the steam, and dig in.

Try wrapping your ingredients in a double layer of foil, adding a bit of beer or water to make steam, and tossing them directly into the campfire coals or into a bed of charcoal on the grill. The small packets cook quickly since you don't have to wait for an entire large pot of water to boil. They also allow each person to individualize their meal to their preference. 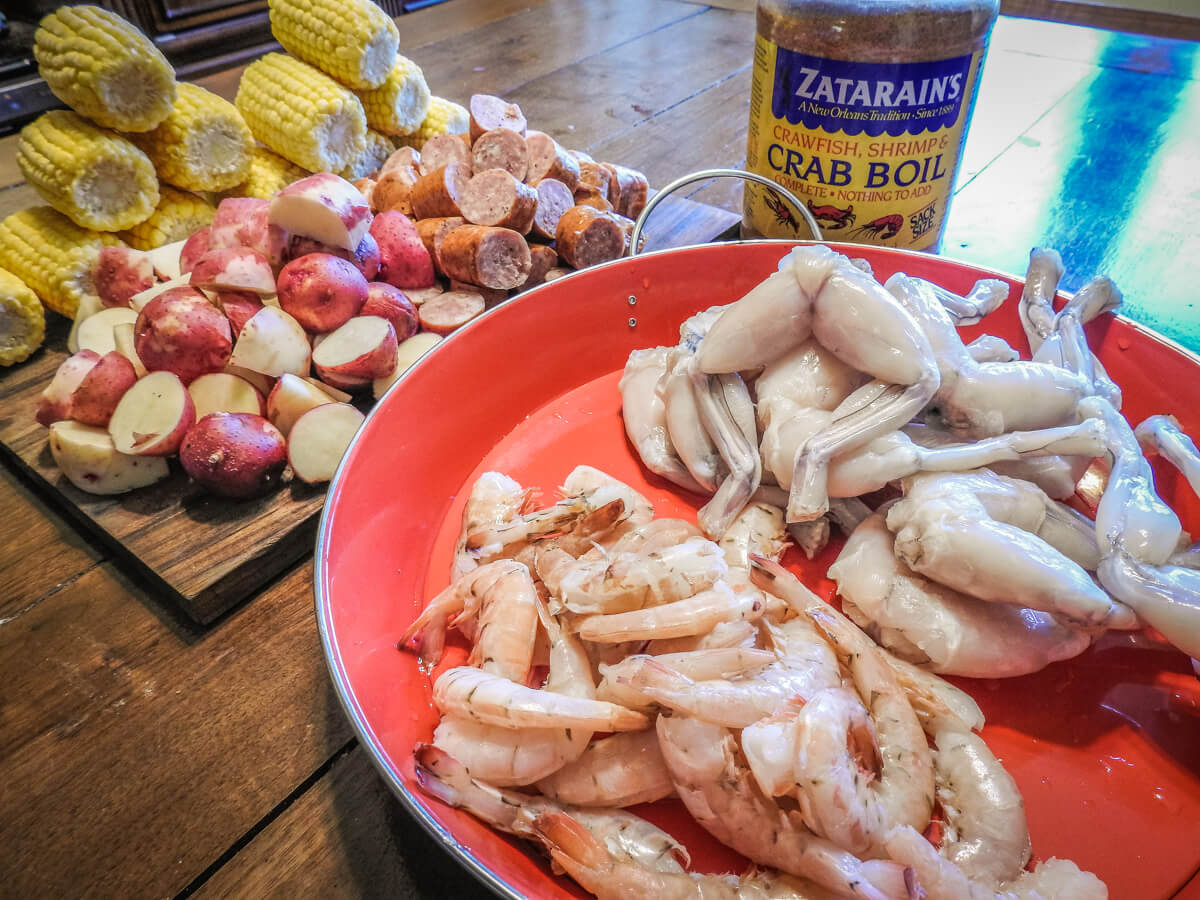 Lay out the ingredients and let each dinner guest put together their own packet according to their taste.

Since the seafood and sausage do cook so quickly, cut the potatoes into small pieces so they cook through without overcooking the seafood. Anytime I can leave the shell on shrimp in a recipe, I do. The extra flavor they shells add to the dish is worth the time it takes to finish peeling the shrimp while eating. 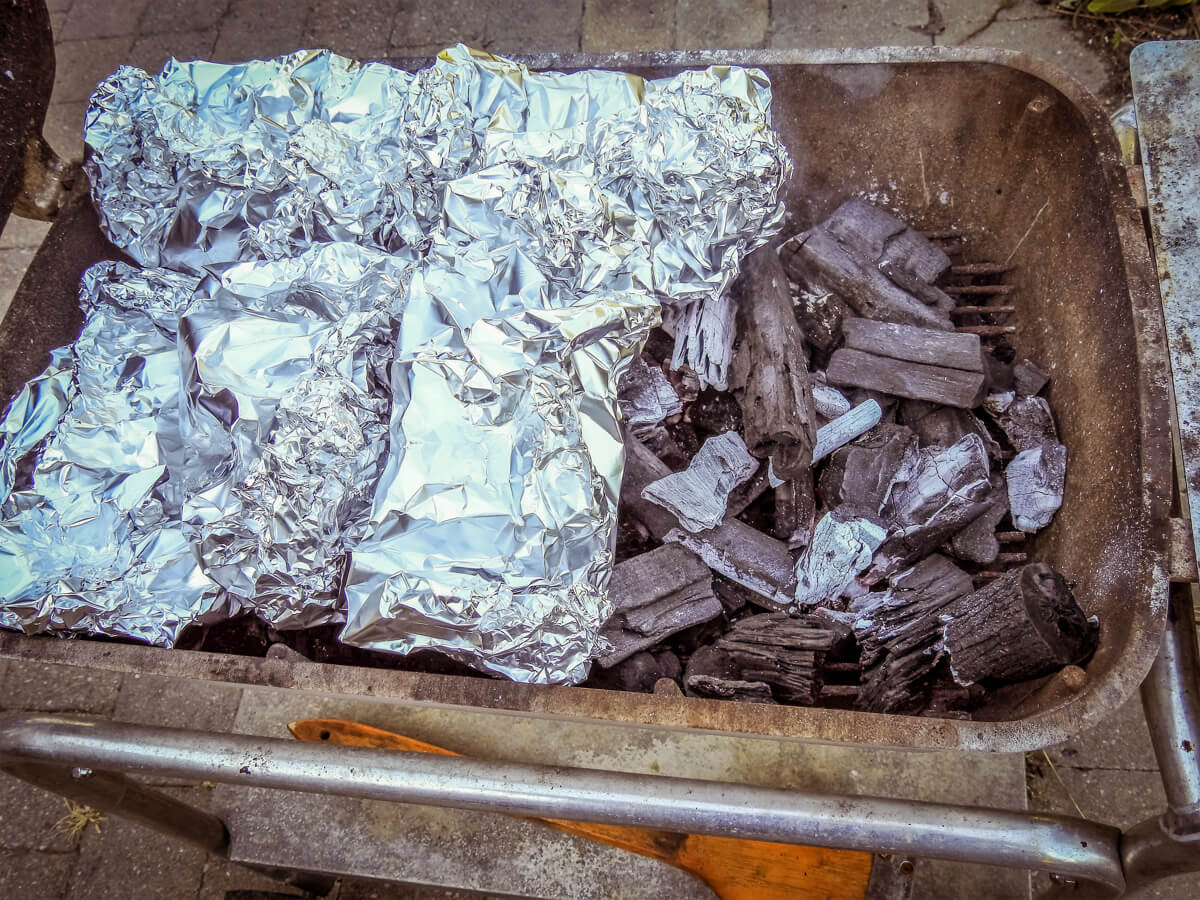 Nestle the packets into the coal bed of a campfire or charcoal grill.

For each packet
we included

Fold a large piece of aluminum foil in half. Layer on potatoes, corn, sausage, frog legs and shrimp. Sprinkle on a pinch of salt and the crab boil seasoning. Fold the sides of the foil up and crimp together to form a packet. Just before sealing completely, pour in the beer or water, then finish sealing the packet. 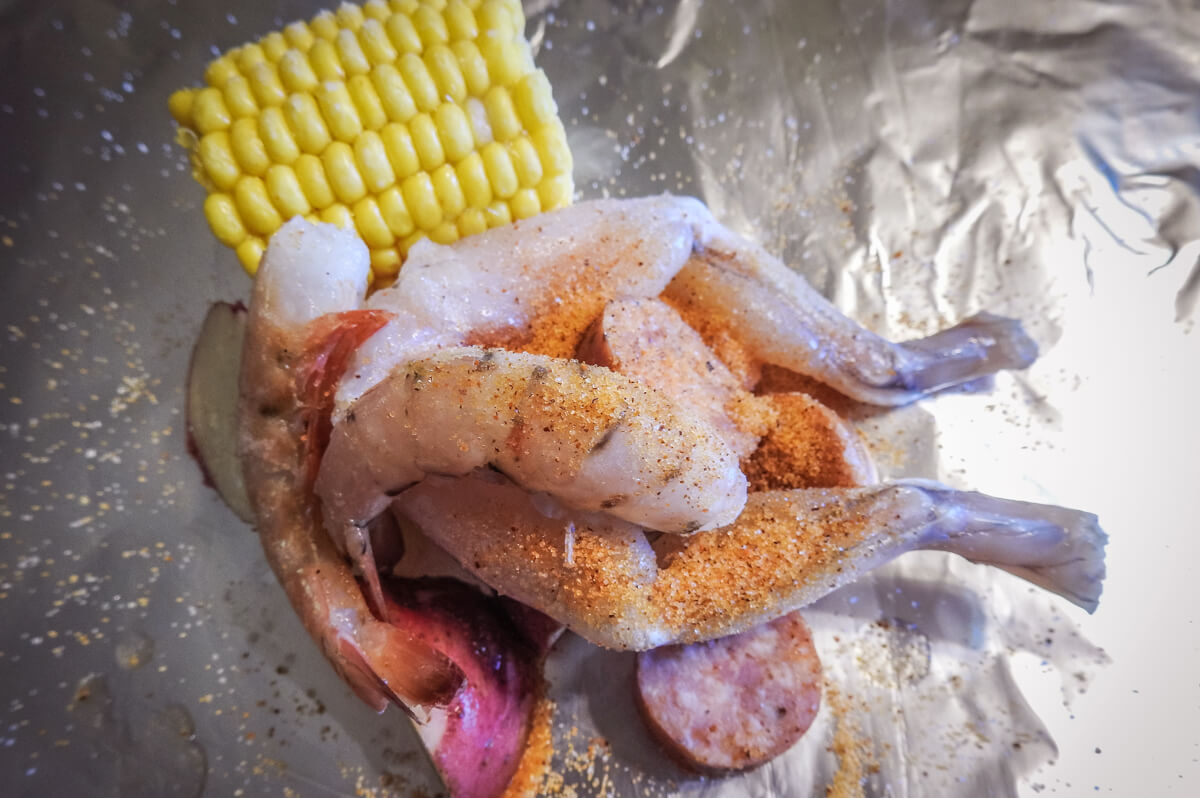 Layer all ingredients on a double layer of foil and fold into a packet.

Nestle the packets, crimped side up, in the coals of a campfire or in a hardwood charcoal fire in your PK or other grill.

Close the lid and allow the packets to steam for 15 to 20 minutes. Careful when you open the packets up, the steam will roll out and it will be hot.